Merch update: Where does the money go? Well, after about a week of selling t-shirts and stuff, we’re happy to say that some of you actually bought them! We’ve quietly added a few more items, such as a “Learn to Spell” lyric tee in three styles, a pullover hoodie (a little cheaper than the zip, but not by much), and by fan request, an embroidered Flexfit hat. Please note that the embroidered designs come in Scorpion yellow by default, but you can also change the color of the embroidery threads in the Customize It menu. If you want the hat logo to be Ermac or Sub-Zero or Rain or Reptile or even Noob, you can do it with a simple color picker. Try it and see, and let us know if you have any trouble or new merch ideas.

The embroidered logos required a conversion fee, so those were a little bit of investment on our end — but that led me to realize that we haven’t explained exactly where this money goes. We don’t expect to make a killing or even a profit (with those setup fees we’re actually in the hole) and the selling of shirts will never take precedence over the making of music. But we are planning to use that support cash to defray various small costs that go into the entity that is Palette-Swap Ninja. Among those potential costs:

One other thing we’ve learned about the merch. We have found that we make an alarming amount of extra cash from what Zazzle calls its referral bonus. That is, if you buy a shirt after clicking on the link from this website to our store, it drops a cookie on your machine, and if you order within 45 days from that cookie’s timestamp, we make roughly three times what we would otherwise make on that same sale. That’s at no cost to you; it’s just that Zazzle shares more of the profits from their cut. So, if you’re going to order, pleasepleaseplease do so from our Store link. (Yes, it’s called Kat’s Eye Design and there are a few shirts in there from one of Kat’s other clients, but the PSwap stuff is sorted under its own product line on the right nav.) This little referral detail helps us a dramatic amount, so thanks!

And remember, there are almost always Zazzle coupons that you can use to get a few bucks off or free shipping or whatever — that doesn’t come out of our cut, so use them! 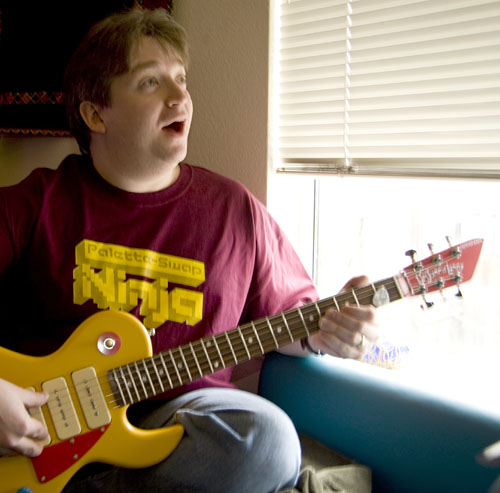