Just a quick note to share some progress. Jude headed back to the east coast, got a few pick-up shots for the video, and we worked out some technical issues just in time for a fresh batch of technical issues. But that’s fine, that’s the nature of things. The good news is that we have a full video together now, and both Jude and I like the content.

There are basically two steps left: polish and approval. The video needs polish because we’re mixing footage from several locations with varied (and sometimes poor) lighting. Jude’s sister Sheridan happens to be an ace at this stuff so she’s going to take a crack at evening out the color balance and whatnot; she has already created an awesome animated logo for all future video projects going forward.

Then there’s approval. We are not expecting any issues here, but since we shot most of it on location at California Extreme, the folks who run that show would like a look-see to make sure, like, nobody who is shy is accidentally caught on video. I don’t think there will be any problems, as we brought our own cast of volunteers for the shoot and you barely see anybody who isn’t in the band or a friend of the band. But for all the trust and access the CAX team gave us, this is the least we can do. So once we have their sign-off on the final cut, we will be ready to post. Fingers crossed, hopefully first week of September. 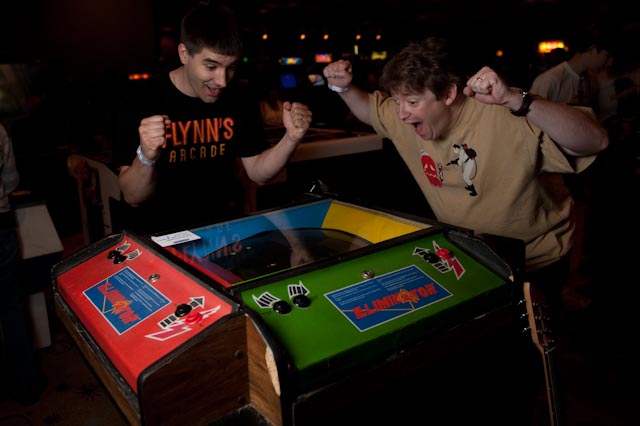 I have posted a few more of Kat’s shots from our CAX photo session at Facebook (we have a new group, did you know?), none of which are from the video…but after the video comes out, there will be a few more.