It was great to see everybody who came out for the breakfast meeting — you know, the one without the breakfast? The food court was open but it turned out there was no food ready, so we just stood around and talked about stuff. Future stuff. Secret stuff. And these are the people who are sworn to secrecy: 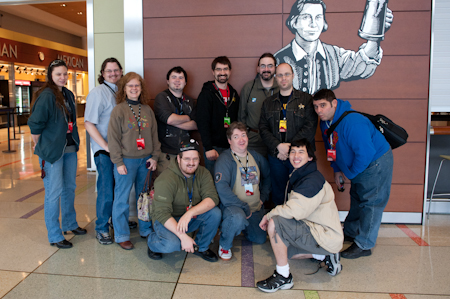 Jude and I also did a podcast, which I’ll post a link to as soon as it’s up — it’s a juicy half-hour where we talk about how we started out, how we do what we do, and all that crap. Kat got a great photo of Jude, who is now officially The Cute One. 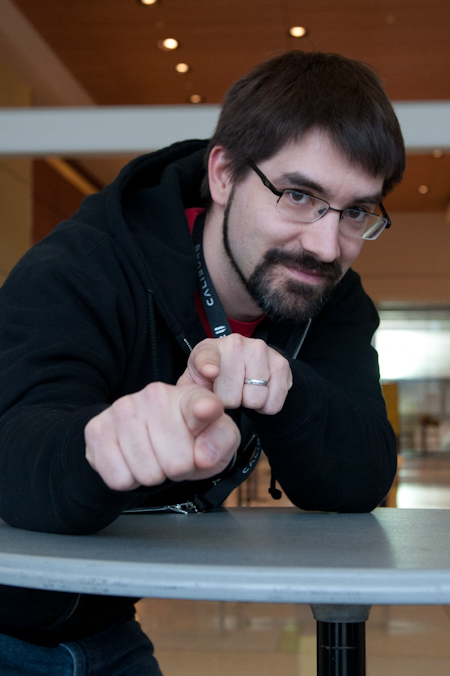 Yes, that makes me The Loud One.

Better still, we came up with another idea on the way out of the show and I wrote some lyrics on the plane ride home. I don’t know if it will bloom as much as we want it to, but we should be able to get at least one song out of that idea. Stay tuned.